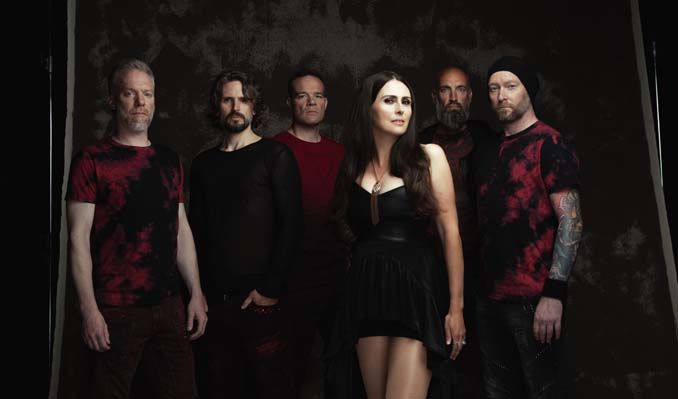 WITHIN TEMPTATION. Legendary leaders of dark anthemic music, with a career spanning two decades and with 7 studio albums under their belt – Enter [1997], Mother Earth [2000], The Silent Force [2004], The Heart of Everything [2007], The Unforgiving [2011], Hydra [2014] and RESIST [2019]: all accounting for more than 4 million record sales to their name – are a genuine force to be reckoned with. Simply, one of the world’s most successful heavy rock groups.

These past years WITHIN TEMPTATION has shifted its focus from releasing albums to releasing a series of singles, enabling the band members to indulge themselves into their creative processes with no production or time restraint and release new music within a heartbeat, resulting in both the band and fans always being on the forefront of newly inspired music. In 2020 and 2021, the band released "Entertain You", "The Purge" and "Shed My Skin", singles that all peaked in the top 20 of the US Billboard Mainstream Rock Indicator Charts and topped the official German charts. The band's work has received numerous international awards, including a World Music Award, MTV Europe Music Awards, a Metal Hammer Award and many more, as well as millions of streams on their hit songs such as breakthrough song ‘Ice Queen’, Paradise ‘(What About Us?)’ (feat. Tarja) and their recent collaboration with Jacoby Shaddix of Papa Roach for ‘The Reckoning’.

WITHIN TEMPTATION has previously headlined all the major festivals in Europe – Download, Hellfest, Wacken Open Air, Graspop and Woodstock Poland amongst other major events. During the lockdown, the band has achieved great success with their virtual event 'The Aftermath' - a spectacular online show that, thanks to the very latest technology, allows the band to stretch the boundaries of reality. This online event will be reissued between December 24 and 31, 2021.

2022 is set to be a promising year for WITHIN TEMPTATION. In November 2022, the Dutch band will kick off their “WORLDS COLLIDE TOUR” – a massive European co-headline tour together with EVANESCENCE. In November and December 2022, the bands will tour Europe's most important venues, including The O2 in London, Accorhotels Arena in Paris, and Ziggo Dome in the Netherlands. But before that, the Dutch band will embark on an American tour with the legendary IRON MAIDEN, appearing as their special guests during the second leg of the tour in October 2022.

FacebookOfficial WebsiteTwitterYouTube
*Service and handling fees are added to the price of each ticket.
Buy Tickets