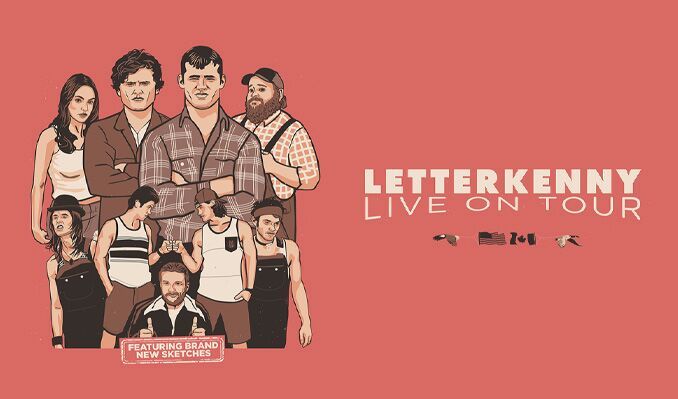 The stars of the wildly popular award-winning Crave Original Series LETTERKENNY are bringing “LETTERKENNY LIVE!” to the U.S. for the first time in 2020.  All new, the acclaimed 90-minute comedy experience will feature NINE of the beloved cast members along with never-before-seen sketches and more. The highly anticipated live event, that includes major stops across North America is produced by New Metric Media and presented by Puppers Premium Lager.

Exclusively available for streaming on Crave in Canada and Hulu in the U.S., LETTERKENNY revolves around the dustups Wayne (Keeso) and his pals get into with their small-town rivals.  For the hicks, skids and hockey players of Letterkenny, getting your ass kicked is a legitimate concern on a day-to-day basis. Catch the all new six-pack of LETTERKENNY streaming now on Crave in Canada and on Hulu in the United States.

For more information on “LETTERKENNY LIVE!” or to purchase tickets please visit: www.letterkenny.tv

FacebookOfficial Website
*Service and handling fees are added to the price of each ticket.
Postponed