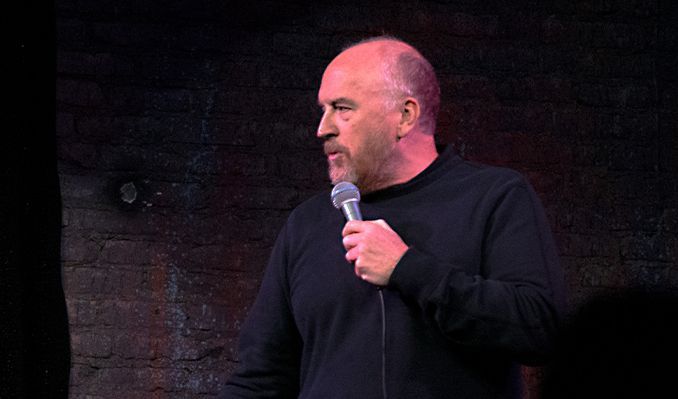 Louis CK owns all rights in the content and materials, including any jokes and sketches (the “Materials”), delivered during his performance. The Materials may not be copied, translated, transmitted, displayed, distributed, or reproduced verbatim (the “Use”), in whole or in part, in any form, media, or technology now known or later developed, without the express prior written consent of Louis CK. Any Use of the Materials without the express prior written consent of Louis CK is strictly prohibited and shall be subject to all available legal remedies, whether in equity or at law at the cost of anyone who violates this prohibition.   This event will be a phone-free experience. Use of cellphones, smart watches, smart accessories, cameras or recording devices will not be permitted in the performance space. Anyone seen using a cellphone during the performance will be escorted out of the venue. We appreciate your cooperation in creating a phone-free viewing experience.

Six-time Emmy Award winner Louis C.K. has found success in both television and film as well as the live stage. Louis can be seen starring in Horace and Pete, a drama he both writes and directs. The New York Times says, “It’s probing, engaged and moving. Horace and Pete is a riveting series!” The show debuted in January 2016 and is being directly distributed through his website louisck.net.

Louis has received over 30 Emmy nominations throughout his career, including wins for “Outstanding Writing for a Comedy Series” for his work on the FX series, Louie. Additionally, he has won 2 GRAMMY Awards for Best Comedy Album.

In January 2015, he became the first comedian to sell out Madison Square Garden four times on the same tour. The third show was recorded and released as a digital audio download on his website, which went on to take home his most recent 2016 GRAMMY Award for Best Comedy Album.

Official WebsiteMore InfoAmazon
*Service and handling fees are added to the price of each ticket.
Cancelled