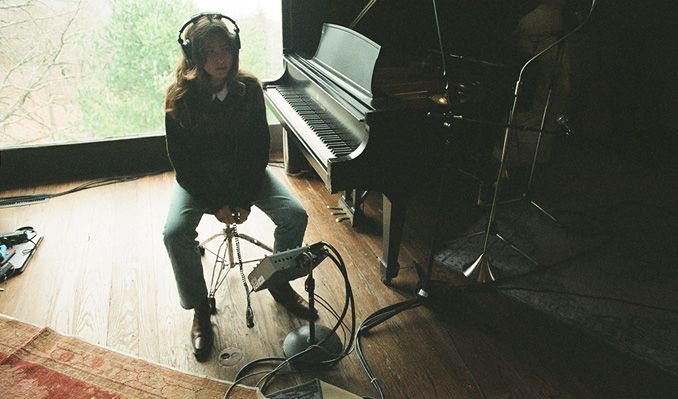 We are partnering with SafeTour and Calling All Crows to work toward creating a safe, inclusive, and harassment-free tour.

The sophomore full-length from Clairo, Sling is an album with its own charmed atmosphere, graced with the easy warmth of a far lovelier era but wholly the outcome of her bright & restless mind. In creating the body of work, the 22-year-old co-produced alongside Jack Antonoff, recording at Allaire Studios in Upstate New York. As Clairo reveals, Sling’s lyrical element was largely informed by the adoption of her dog Joanie. “When I got Joanie, I started changing my routines & habits to healthier ones, to try to create an environment where she felt comfortable & happy, It made me realize I hadn’t been doing that for myself, & that I need to look at myself with the same respect that I’d give to someone I care about.” Several tracks feature background vocals from Lorde, “Blouse” offers a meditation on the degrading behavior of men in power. “I think a lot of people know that feeling of having to compromise a part of yourself in order to be heard, you finally get to where you’ve hoped to be for so long, & there’s just this guy looking down your shirt.” Her sophomore album, Sling provided countless moments of revelation for Clairo. While a number of guest musicians contributed to the album’s arrangements, most was handled by Clairo & Antonoff. The result is a perfect setting for Clairo’s songwriting, allowing abundant space for her nuanced exploration of mental health, unmet expectations, and the struggle to treat ourselves with gentleness and love

Official WebsiteTwitterFacebookMore Info
*Service and handling fees are added to the price of each ticket.
Get Tickets