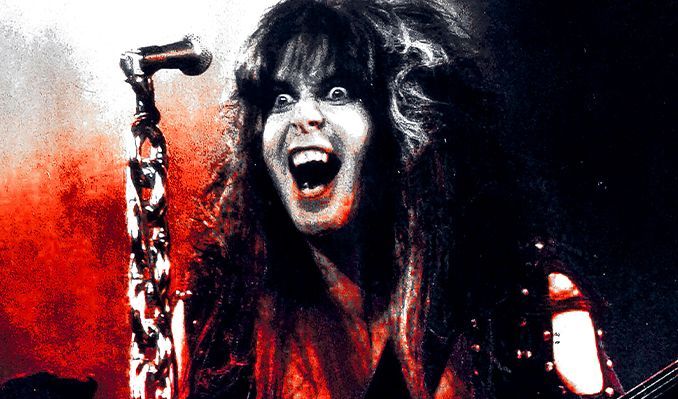 June 6th 2022 marks the 40th Anniversary of one of the most infamous, notorious, controversial Heavy Metal Bands in the World…W.A.S.P.

Few Bands in the history of Rock N’ Roll have ever incited the love, the hate, the raw emotional effect this Band has had on the world. From the very beginning, in the small venues of Los Angeles California, and later to the numerous countries worldwide that banned these Winged Assassins from performing live, the Band’s unique style of Shock and Rock caused Religious organizations, Local City Councils, Parliaments, and the Washington D.C. Senate to hold hearings in an effort to bar this group from selling records and trashing stages everywhere they played.

The band’s founding member, frontman Blackie Lawless, has led the group as its lead vocalist and primary songwriter since its beginning.  His unique brand of visual, social and political comment took the group to worldwide heights and sold millions of records alongside a legacy of sold out shows across the globe for 4 decades.

Joined by bassist Mike Duda and guitarist Doug Blair, whose tenures in the band span 26 and 18 years respectively, along with drummer extraordinaire Aquiles Priester, will take the Band and the Fans back to where it all started. Complete with the stage show extravaganza that many fans never saw live.

Witness Live the Winged Assassins spectacle of “SHOCK and ROLL” as they take you Back…Back to the Beginning!

With a lineup that currently consists of vocalist/guitarist/ringleader Blackie Lawless, longtime contributing drummer Frankie Banali and bassist Mike Duda, and newcomer Darrell Roberts (who joined the band just prior to the Unholy Terror U.S. Tour), Dying For The World was recorded and mixed at Blackie's studio in Los Angeles. The album was actually inspired by letters received from troops who fought in the Gulf War. Blackie explains: "Our motivation for this record was prefaced by letters sent to us from the tank divisions during the Gulf War, where the troops would actually go into battle blaring 'F Like A Beast' and 'Wild Child.' After the events on 9/11, we felt we would give them a fresh batch; in essence, we've literally made an album to go kill people by." Consisting of songs entitled "Shadow Man," "Hell For Eternity," "Trail Of Tears," "Rubberman," "My Wicked Heart," "Stone Cold Killers," "Hallowed Ground," "Hallowed Ground #5 (acoustic)," "Black Bone Torso," and "Revengence," Dying For The World emphasizes a method of dealing with anger. A native of Staten Island, Blackie elaborates: "This problem isn't going to go away; we WILL have to deal with the Middle East eventually. There is no longer an 'if', it's 'when'!"s 'when'!
Read More

MySpaceOfficial WebsiteFacebook
*Service and handling fees are added to the price of each ticket.
Buy Tickets